September 17, 1944 was the date in which Operation Market Garden took place. A plan from the overrated allied general Montgomery that was meant to end the war by Christmas. This plan took all the resources the allies had in Europe and prevented George Pattom's more sound plan to advance through the Sarre which was "an empty pillbox".

In this Market Garden Operation the allies launched three elite paratrooper divisions (101st, 82nd and 1st British) and later the Polish Brigade under General Sosawosky over three position in depth into occupied Holand. Some 20,000 vehicles of XXX Corps under General Horrocks attacked at the same time to "punch a hole" into the German lines. The allies devoted some 84,600 men. The Germans had in the Market Garden area two understrenght Waffen SS Pz divisions (one had all the heavy equipment in a train ready to be sent to Germany), some panzergrenadier units and the so called "First Paratroop Army" under Student.

The British 1st AB division was almost anihilated and only some 2 thousand of it's 10 thousand soldiers were saved.

After the failure General Montgomery tried, in vain, to place the blame of his ill fated plan on General Sosawosky.

After the war Montgomery lived as a WWII hero. General Sosawosky was never able to return to his beloved Poland and died working in a factory in England as a common laborer.

Prince Bernard of Holand once said: "Holand cannot afford another of Monty's victories."

Regards,
An appeaser is one who feeds a crocodile, hoping it will eat him last.
Sir Winston Churchill
Top

The road to victory was not without setbacks 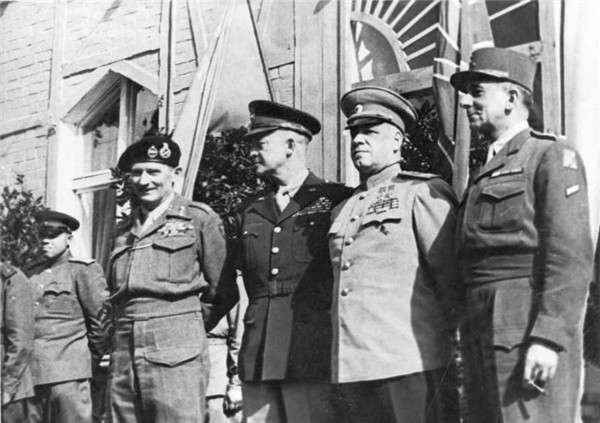 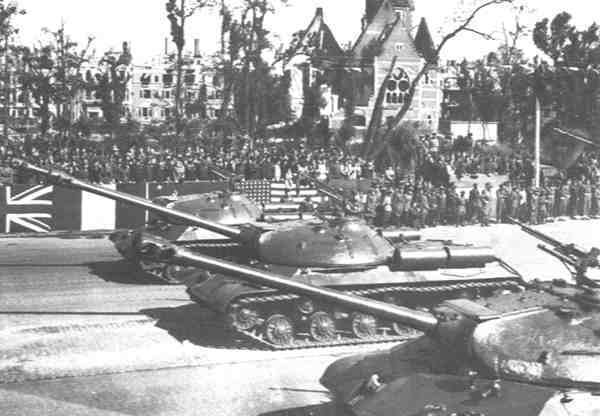 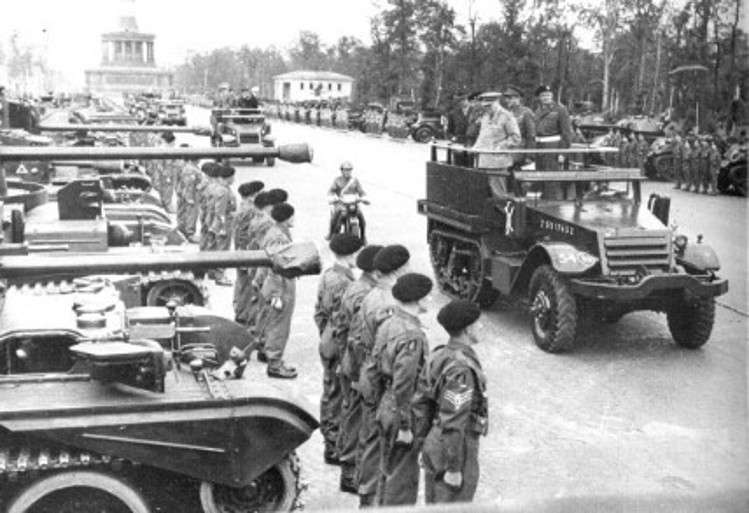 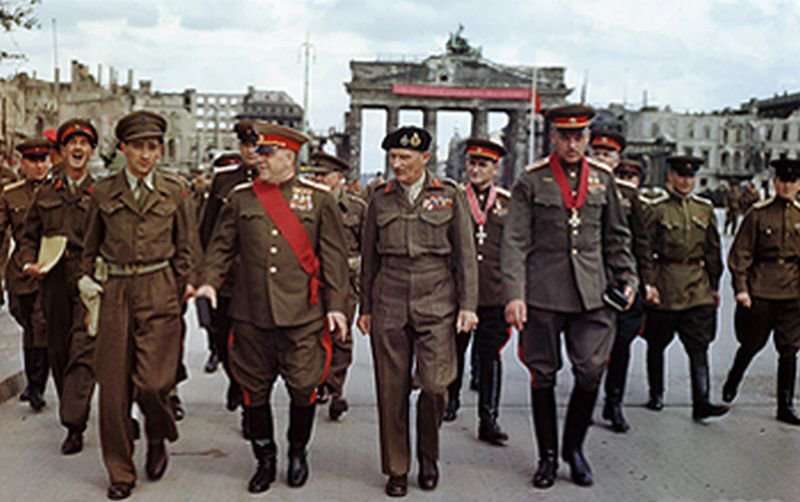 Nice photos.... not a single one of them was of Operation Market Garden which is the topic at hand (haven't you posted some of them before, in order to compensante your lack of arguments?). Maybe you should open a thread on the German surrender to numerical superior forces and then you post Zhukov's photos all you want.

Market Garden, you understand? Market Garden, Holland, September 1944, Urquhart, Frost, Bittrich, Horrocks, Gavin, Taylor, Sosawosky, got it?
An appeaser is one who feeds a crocodile, hoping it will eat him last.
Sir Winston Churchill
Top

Arnhem, on the road to Berlin and the ultimate defeat and destruction of the evil Nazis 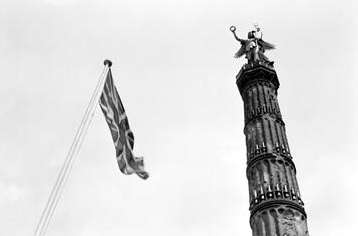 Did you know Montgomery instituted a scheme where the helmets discarded by the surrendering SS were turned into saucepans? 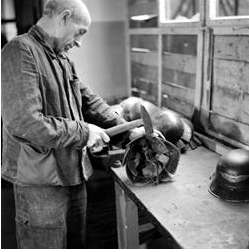 Welding handles on the 'pot': 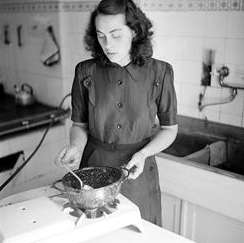 The Market Garden Operation didn't advance the allies on the road to Berlin even an inch: they got stucked a couple of miles before Arnhem and had to find another way to cross the Rhine and get into Germany. Maybe Market Garden was the cause for the allies to be engaged in a winter campaign in 44-45. Maybe the Patton plan of attacking through the Sarre could have done what you claim to happen, but we will never know.

At the end the crossing of the Rhine was at Remagen (which was the way to Germany) but neither Monty nor the western allies did defeat the Germans at Berlin, Zhukov did, with inmense numerical superiority which have been discussed and settled in this forum time before.

The photos you have been publishing only serve the purpose of stealing valuable megabytes from Jose's server because have nothing to do with Market Garden. They are, as your arguments. futile in extremis.

I do not care to discuss with any forum guy, even someone as disgusting and a bully like you, but let's stick to the thread. If your trollish intentions are to hijack this, then say it openly or, otherwise, start your own.

Or have you forgotten that it were a couple of million of soviet soldiers those that got first into Berlin? Maybe thanks to Monty...
An appeaser is one who feeds a crocodile, hoping it will eat him last.
Sir Winston Churchill
Top

Karl Heidenreich wrote: The photos you have been publishing only serve the purpose of stealing valuable megabytes from Jose's server

Karl Heidenreich wrote:Or have you forgotten that it were a couple of million of soviet soldiers those that got first into Berlin? 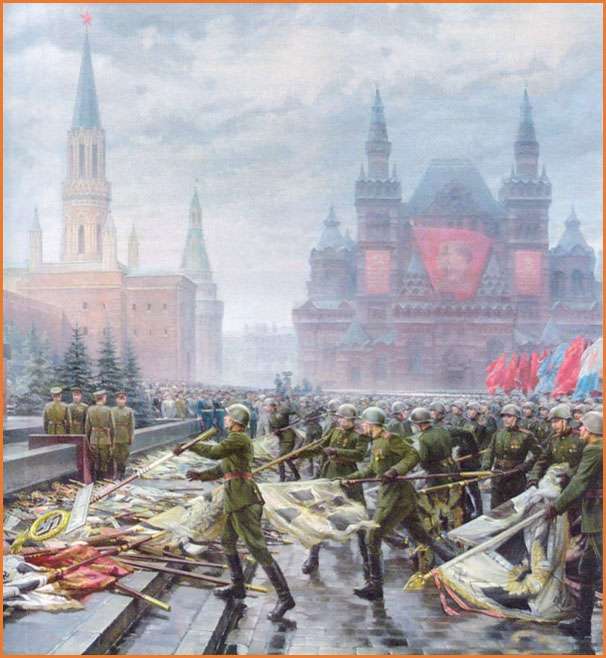 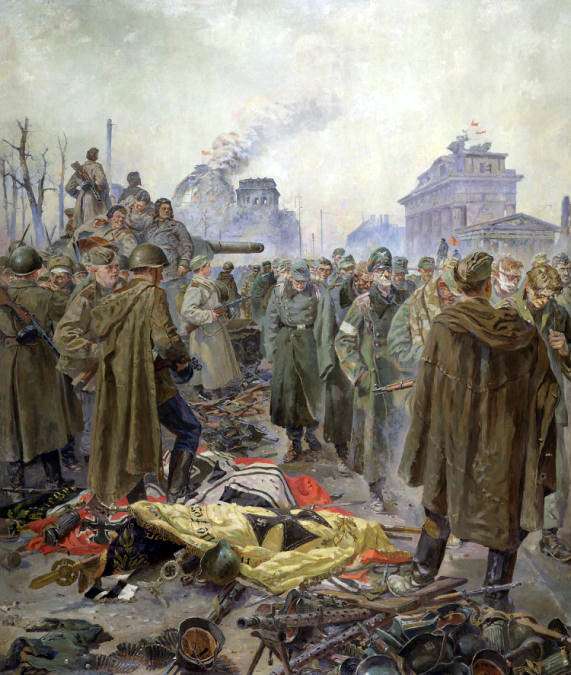 Karl Heidenreich wrote: thanks to Monty...

An appeaser is one who feeds a crocodile, hoping it will eat him last.
Sir Winston Churchill
Top

Market Garden was a gamble that failed only in the context that the most distant objective, the one that was required above all else, was not achieved.

The irony is that Montgomery was usually criticised for being too cautious, attacking too late and advancing too slowly. The one occassion he advocated a sort of strike that Rommel would recognise he is lumbered with the failure of that as well. Without Bittrich and his panzertroops the bridge at Arnhem probably would have been held for long enough; Montgomery was doubly unfortunate in that not only did bad intelligence fail to recognise the presence of the Waffen SS panzertroops, they just happened to be led by an officer whose calibre was above that of the typical SS officer.
''Give me a Ping and one Ping only'' - Sean Connery.
Top

There is one word to this criticism that is glaring by its absence of explanation - HOW?
''Give me a Ping and one Ping only'' - Sean Connery.
Top

HOW?? I have read that "dark" deals were being covertly carried out by the OSS and their Nazi counterparts-"to put America in the lead position for the rest of the war"; and there was suspicion that the operation had been compromised. Hence Monty's seemingly foolish "lash out at Eisenhower.
HOW!!!Examination of top secret ULTRA code intercepts,prior to the Operation; from 1 to 17 September gave detailed information regarding the disposition of German troop elements in the Eindhoven and Arnhem area, specifically including the ordered movement of the II SS Panzer Corps, on 4 September, to an area notheast of Arnhem. When Gen Dwight D. Eisenhower's Chief of Staff, MajGen Walter Bedell Smith conveyed this information to Field Marshal Montgomery, he belittled the information and dismissed any possible modification to his plan.
This fact is further exacerbated by the visit to Montgomery on 6 September by His Royal Highness Prince Bernhard of The Netherlands with extensive details of German troop deployments around Arnhem and elsewhere in Holland. Field Marshal Montgomery was again dismissive of this intelligence, even though it was corroborated by the ULTRA data. In addition, and to reiterate, Maj B. Urquhart (Windy) had imagery from a photo-reconnaissance mission he had ordered showing significant elements of the II SS Panzer Corps in the immediate area, right where Ultra had said they were. LtGen Browning rejected these photographs virtually out of hand.)

What I mean't was how the full deployment of US forces in the congested battle area was supposed to make a difference?

Elsewhere in France US Army forces were pushing into Burgundy, the Vosges and Lorraine heading towards Germany itself - what extra were they supposed to do as they were becoming overstretched by their rapid advance.....
''Give me a Ping and one Ping only'' - Sean Connery.
Top

Yes RF- I do understand what you have just stated-Ike was fully committed elsewhere; but in the light of what I have said-perhaps the "lash out" was somewhat" bogus" BECAUSE Operation Market Garden MAY have been Compromised and Monty may have got wind of this- AFTER the event; but could hardly come out into the open with such an accusation.
However,notwithstanding the above -Market Garden was a mess and both Monty and Browning were well aware of just who/what the opposition was- but preferred to turn a blind eye.

The operation failed in its strategic objective but was still 90% successful in terms of tactical objectives. The problem was that the plan went ''a bridge to far'' and that 100% success was needed to get over the Rhine.
''Give me a Ping and one Ping only'' - Sean Connery.
Top