Anything else you want to talk about.
Post Reply
269 posts

The interests who seek to advance this "climate apocalypse" swindle are utterly despicable.

RF wrote: ↑
Fri Feb 15, 2019 2:14 pm
School pupils in the UK and across other European countries are being organised into a ''strike'' and walkout of their education today by a group calling itself 'Youth strike 4 climate''. This action is being supported by politicians including government ministers.

Nothing is more politically insidious than the way children can be used and manipulated for political propaganda. It reminds me of the Hitler Youth and their public activism of picketing and stoning of shop windows of Jewish shops in Nazi Germany as part of their conditioning for eventual genocide.

What is particulary noticeable is the ease with which the standard phrases and clichés are parroted - the demand for governments to declare a ''climate emergency'' and for ''climate justice'' without ever defining or explaining the detail of what they want.

If I was a school headteacher I would impose detentions on these school pupils and students and require them to write an essay on the following subject; Explain what anthropogenic global warming is and detail the scientific proof that human beings are responsible for it.
If they are unable to articulate the required scientific proof then they should sit an additional detention to study how in the past children have been used for political indoctrination and activism and the price those children paid for being used and led.
Ultimately these children need to be taught how to use their brains and spot a scam when they see one.

The good news is that they are not demonstrating against anyone. They are being manipulated but the basic idea that carbon dioxide released by human activity is causing the temperature to increase is clearly correct. The difficult question is how high the temperature will go but it is not fair to ask the children to carry out very difficult modeling of the Earth's climate. We can just hope that they will argue that their families do not need to fly to their next holiday which could make a difference.
Top 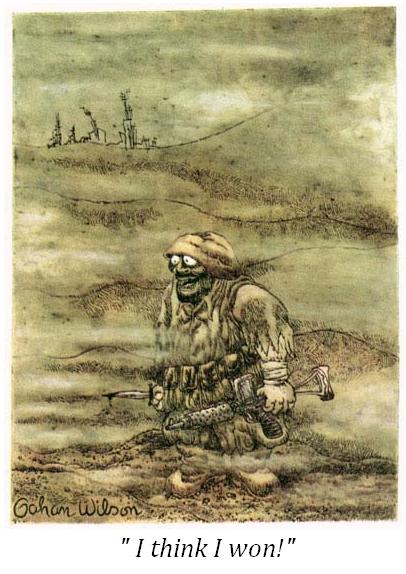 The 'argument' will not end because it is pursued by vested academic interests and their lobbyists in the IPCC and the EU.

What will happen is that climatic variation will be managed over time by improvements in technology and in food production, necessary to support an ever increasing global population. The imagery in your attachment is amusing but isn't a true representation of how civilisation will continue to improve itself.

The good news is that they are not demonstrating against anyone. [/quote]

They are demonstrating against existing government policy. Otherwise - why demonstrate?


….the basic idea that carbon dioxide released by human activity is causing the temperature to increase is clearly correct.


….. it is not fair to ask the children to carry out very difficult modeling of the Earth's climate.

I am not asking the children to do the scientific testing, I am asking for the existing scientific proof already published - which is very weak and the great majority of climate scientists are not sure that there is anthropogenic warming.

We can just hope that they will argue that their families do not need to fly to their next holiday which could make a difference.

It wouldn't make any difference. And what alternative means of going on holiday do you propose? Car? Train? They are all polluting including electric trains as the source of the electricity has exhaust emissions. They could of course walk but that involves physical exercise which means heavier breathing so CO2 emissions there would rise.....
''Give me a Ping and one Ping only'' - Sean Connery.
Top

Duplicated posting
''Give me a Ping and one Ping only'' - Sean Connery.
Top

Duplicated posting
''Give me a Ping and one Ping only'' - Sean Connery.
Top

Or is it that the Earth's climate is subject to micro-climatic change?
''Give me a Ping and one Ping only'' - Sean Connery.
Top

Or is it that the Earth's climate is subject to micro-climatic change?

What I do not understand is: what lobbyists and for what purposes and what vested interests?
Regards

Or is it that the Earth's climate is subject to micro-climatic change?

Resistance to AGW is based on selfishness.
Top

I don't think we should accuse RF of being a conspiracy theorist or of selfishness. He just doesn't understand the basic science. For example, when he breaths out carbon dioxide, he is releasing carbon that was fixed in the food that he has eaten. If he didn't eat it, it would just be released by fungal action, so it doesn't change anything when he eats and respires provided that someone keeps growing his food. In an earlier thread, he talked about carbon dioxide as a "trace". Now some of us know that the average carbon dioxide concentration is now about 411 ppm (parts per million) compared with a best guess of 278 ppm in pre-industrial days. I cannot actually calculate what that does but everyone agrees that the Earth's total greenhouse effect raises our average temperature from -15 degrees Celsius, which would be the temperature of a black body in our orbit, to our current friendlier temperature. The main greenhouse gases are water vapour, carbon dioxide, methane and ozone. There is much more nitrogen, oxygen and argon but, for reasons that I learnt fifty years ago as a chemistry undergraduate but have now mostly forgotten, those don't absorb infra-red although they do have a Raman spectrum. Also everyone, well everyone who can do the calculations which includes Dave Sexton here, agrees that doubling the carbon dioxide concentration from 278 ppm to 556 ppm would raise the average temperature almost 1.2 degrees Celsius if we could hold everything else constant.

Now we cannot hold everything else constant. Heating the surface of the sea will cause more water vapour to enter the atmosphere and that gives us a positive feedback. However, if the water condenses into clouds it can reflect the sunlight and give us a negative feedback. It seems to be horribly complicated and scientists can make a good case that we will see a temperature rise of 2 to 4 degrees whilst less well respected scientists argue for 1.5 to 6 degrees.

There is some thermal inertia. It takes time to heat up an ocean. There is also a slow positive feedback as snow and ice melts. What we see in quite accurate observations is that Earth is heating up. This is clearly due to the greenhouse effect as the stratosphere is getting slightly colder as less heat reaches it. Taking all this into account and using models to guess the feedbacks, we might make a best guess that doubling the carbon dioxide concentration will give about a 3 degree warming but that is very uncertain.

Please tell us what you don't understand about this science and some of us may try to find detailed explanations. Also will anyone tell me what I have most obviously misunderstood in my brief sketch.
Top

I don't think it right to accuse RF of not understanding the science. He demonstrates that he does have a grasp on science.
He understands that a correlation does not prove causation, but a lack of correlations disproves causation. Very basic science method.

And why does co2 increase follow after temperature increase instead of causing temperature increase in geological record proxies? It is because co2 cycles through the oceans. Co2 ultimately comes from the oceans and that is where it eventually returns. As oceans warm it causes more co2 into the atmosphere. But it takes a long time for oceans to warm. On the order of 800 years for the effect to become manifest.

Of all the co2 that comes into the atmosphere and leaves the atmosphere every year, human contributions are only about 3%. That's all of the planes, trains, and automobiles. All the worlds ships, and all of its power plants. All of the land use and farming. RF is exactly correct that human life style choices do not matter to the amount of co2 in the atmosphere.

The initial estimate made way back in 1970 that the Equilibrium (after feedbacks) Climate Sensitivity is between 2 and 6 degrees per doubling was nothing more than a WAG. It is not correct that we have no idea what the ECS is 40 years on. Curry and Lewis's and many other papers have examined this question and found that the empirical evidence suggests that the ESC is negligible. No more about 1 degree and possibly less. But that is a real inconvenient truth for the alarmists. Per doubling means that most of the ~1 degree C warming has already happened.

And why do we assume a slight warming and more co2 is detrimental? Evidence suggests otherwise.
Last edited by Dave Saxton on Wed Feb 20, 2019 6:14 pm, edited 1 time in total.
Entering a night sea battle is an awesome business.The enveloping darkness, hiding the enemy's.. seems a living thing, malignant and oppressive.Swishing water at the bow and stern mark an inexorable advance toward an unknown destiny.
Top

Anti-AGW is a conspiracy theory. The big bad LIBRULS are trying to take people's 102" TV. Non-critical thinkers often accept conspiracy theories, at least until they realize the BS that they're built on.
Top
Post Reply
269 posts

Return to “Off Topic”