Noticed an interesting item in the KTB of Prinz Eugen. regarding wind behavior. Prinz Eugen was periodically entering brief weather notes.
KTB entries for 24 May as follows -

Given (a) that this drama unfolded rapidly over terribly few minutes and (b) that it was unlikely the wind waited until exactly the stroke of 0600 hours to change direction, has anyone seen any other references that cite a more exact time for this considerable (135 degree) wind shift?

unfortunately, the log entries are made every 4 hours.
Top

Hi guys. This chart shows the general synopsis for May 24th 1941, reconstructed from historical records. Bear in mind that meteorology then was not what is now, there were no computers, no globally coordinated surface and upper atmosphere measurings, etc...

The most significant thing in the chart is the low pressure system labeled T, 990 mb north of UK. Winds circles anticlockwise these systems, so you would expect N winds if you are to the S of Icelend, or E winds if you are to the N of the UK. The exact location of the low pressure is certainly unknown, and the low also moves, so you can expect different winds directions at different times in a moving ship.

Moreover, was the described wind directions true wind or felt wind? In a moving ship the felt wind, adequately named the resultant wind, is the vector component of the true wind minus the ship movement. The same with the speed. Because of the low winds mentioned, Force 3 and 4, which are impossible in the presence of a low pressure system, I would conclude that relative winds and velocities are used.

1 - Re the question of the recorded wind direction being relative or true, my bet would be on true. True wind would be important for accurate gunnery.

I'm no professional meteorologist, but I have studied this topic in my own amateur way. Anyone with more intimate knowledge of the subject is more than welcome to comment further on this subject.

Hi Byron, I am an amateur meteorologist too. True that the wind speed depends on:

-the pressure gradient
-the latitude, this is related to the intensity of the Coriolis force

These days we have one of the rare occasions in the year that a low forms in the River Plate, and coincidentally it has a central pressure of 992 mb, as you can see in the wind color scale there is no major area around with winds lower than 30 kt.

Moreover, with the chart as seen in May 24th, and with the German ships and the trailing cruisers sailing generally to the south, and PoW and Hood to the W/SW, the ships vectors would subtract a fair portion of the real moderate to strong wind speeds that one would expect close to a low, and give the impression of the fair winds described. I so conclude that the wind data is relative and not real.
Top

Oh yes, it is easy, just use the formula:

All the quantities are vectors, and the minus sign implies that ship movement is represented by a vector of opposite direction to the ship´s. 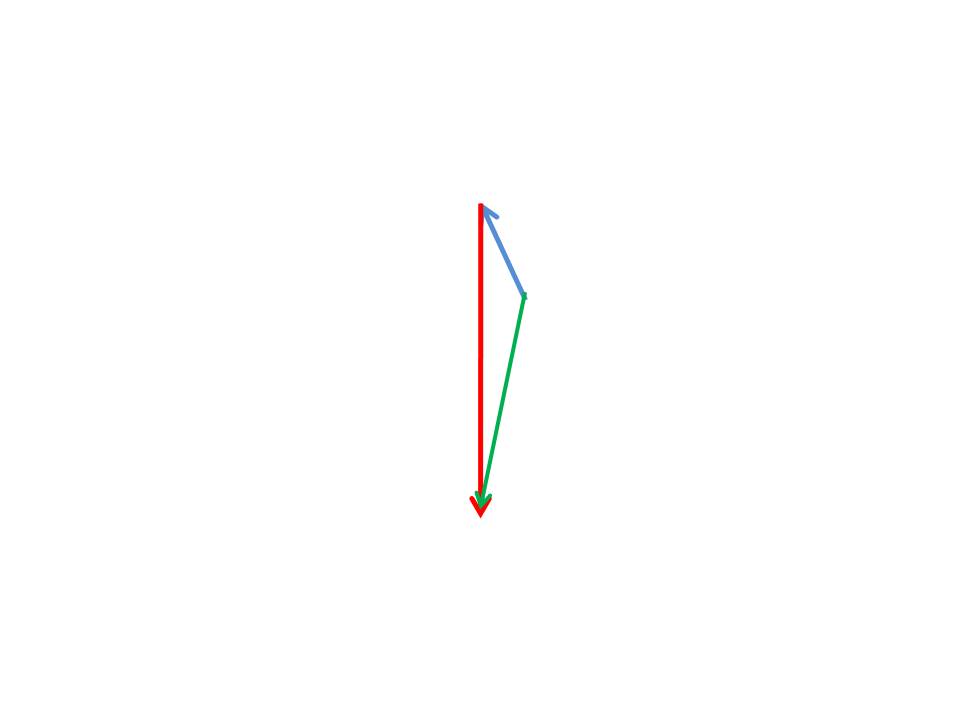 To find true wind you have to re arrange the formula:

I'm certain that they stated true wind in the log. Here's a device to extract true wind from relative wind: 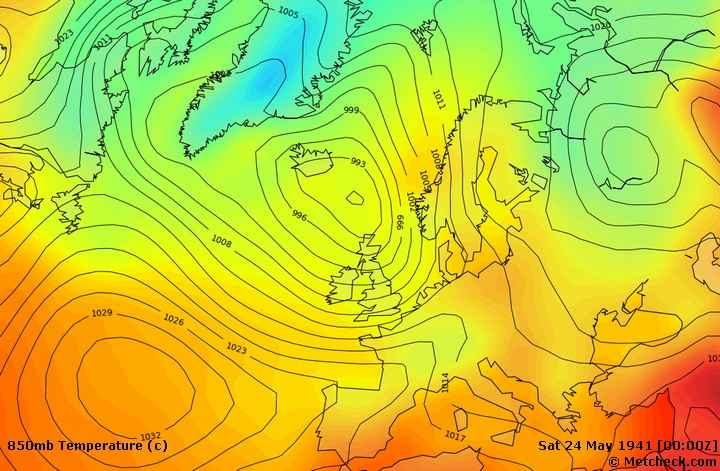 That´s good data, quiet agree with the charts, we can disregard Suffolk´s, may be the barometer was not correctly calibrated.
Top

Can you guys find wind data for that day in the UK? I can´t get any. I would like to see how these isobars spacing translates into wind.

Hello,
thanks to Mr.Malara for the meteo charts, They point to a probable NE wind (as per first battlemap from F.O.Busch).
I see your point about wind in a low pressure area. I hope someone can find the wind in UK / Iceland that day.
However, looking at PG film and photos, we don't get any feeling of strong wind that day: look Bismarck funnel smoke, guns smoke drifting in the air, aspect of waves on sea, very rare 'white horses', shell splashes appearance, etc.
Difficult of course to exactly estimate wind, but I would not say it was much more than 10 knots. Estimation of force 3 seems more correct than 4.